Orthoptics (from the Greek orthos = straight, normal, and optiché = vision, the act of seeing) is a set of techniques performed by the orthoptist aimed at visual rehabilitation. This field of ophthalmology in particular is concerned with muscular, innervational and sensory impairments.

WHAT IS THE ORTHOPTIST CONCERNED WITH

Orthoptists are health care professionals in the field of ophthalmology specialised in the prevention, evaluation and orthoptic rehabilitation of visual disturbances and in the implementation of ophthalmic diagnostic tests. They are concerned with visual prevention in infants, pre-school and school-age children, performing tests to identify binocular vision problems such as strabismus, dyplopia (double vision) and amblyopia (lazy eye). Orthoptists also deal with certain adult disturbances such as asthenopia (visual fatigue syndrome), which can affect people working with visual display units, as well as coordinating rehabilitation programmes for low-vision patients.

Frequently overlooked, especially when mild, these clinical conditions are easily resolved with timely diagnosis and treatment. The orthoptist therefore diagnoses and monitors the situations described above not only by assisting the ophthalmologist, but also by working closely with the paediatrician, psychologist, neuropsychomotor therapist, dentist and physiotherapist with regard to postural rehabilitation. 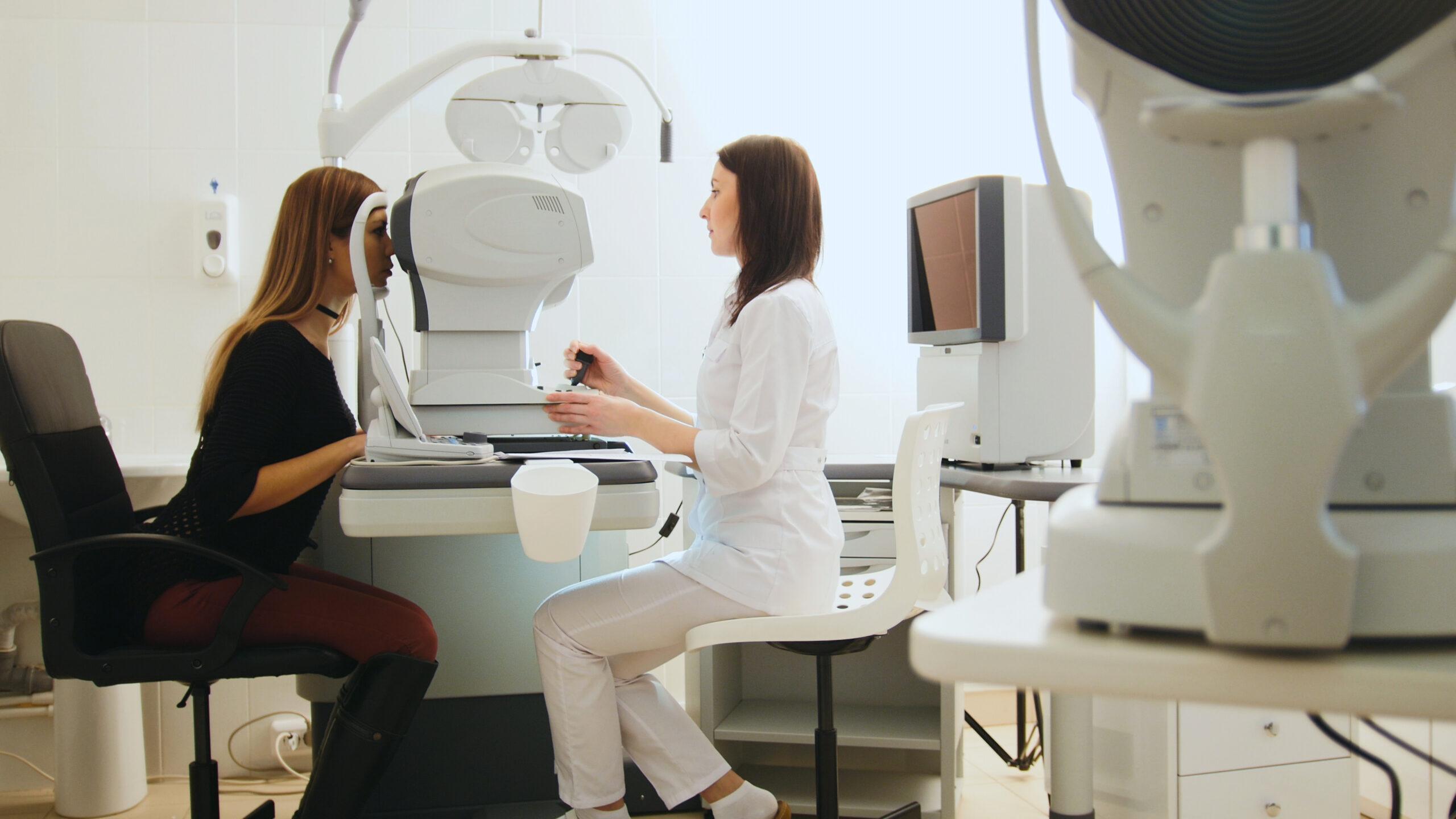 THE ROLE OF THE ORTHOPTIST AT SERI

At the SERI Switzerland Eye Research Institute, the orthoptist assists the ophthalmologist during ophthalmology consultations, especially with regard to pre-operative ocular motility before corrective surgery for one or more vision defects and ocular function monitoring in the immediate post-op period. With the assistance of other staff members in the fields of vision psychology and optics, the orthoptist at SERI Lugano admits and takes care of young patients who need special attention and empathetic management. An example of this is rehabilitation therapy in children by covering one of the two eyes when in the presence of the so-called “lazy eye” (amblyopia), which consists in the tendency to prefer using one eye over the other.

Our multidisciplinary team also formulates accommodative exercises, which can be extremely useful to speed up and maintain visual adjustment after refractive surgery for the correction of one or more visual defects. At the SERI Switzerland Eye Research Institute, vision therapy is also offered to patients with learning difficulties due to an impaired visuo-spatial capacity and to low-vision patients or in the presence of postural disturbances or an abnormal head posture (AHP) caused by congenital or acquired eye diseases. Among the congenital forms, mention should be made of the Duane Syndrome, which includes a group of diseases affecting the extraocular muscles that limit horizontal ocular movement both outwards (abduction) and inwards (adduction), causing a retraction of the eyeball and a restriction of eyelid movements. Nystagmus, which appears with oscillatory, rhythmic and involuntary movements of the eye balls, is also among the visual disturbances addressed by the orthoptist.

Acquired diseases include the Brown Syndrome, which is characterised by a deviation of the visual axes due to a mechanical restriction: the muscle-tendon-sheath complex of the large oblique muscle does not move freely when the patient tries to look upwards and towards the nose. The paralysis of the oculomotor nerves, in particular the III cranial (common oculomotor) nerve , the IV cranial (trochlear) nerve and the VI cranial (abducent) nerve that innerve the extraocular muscles are also among acquired diseases covered. They cause strabismus characterised by dyplopia and visual confusion.