THE FINAL FRONTIER FOR KERATOCONUS TREATMENT

Keratoconus is one of Dr. Pinelli’s main research interests. This progressive disease creates bulging at several points of the cornea, inducing irregular astigmatism often associated with myopia. Over time, this becomes increasingly difficult to manage due to the impossibility of correcting distorted vision with contact lenses or glasses. 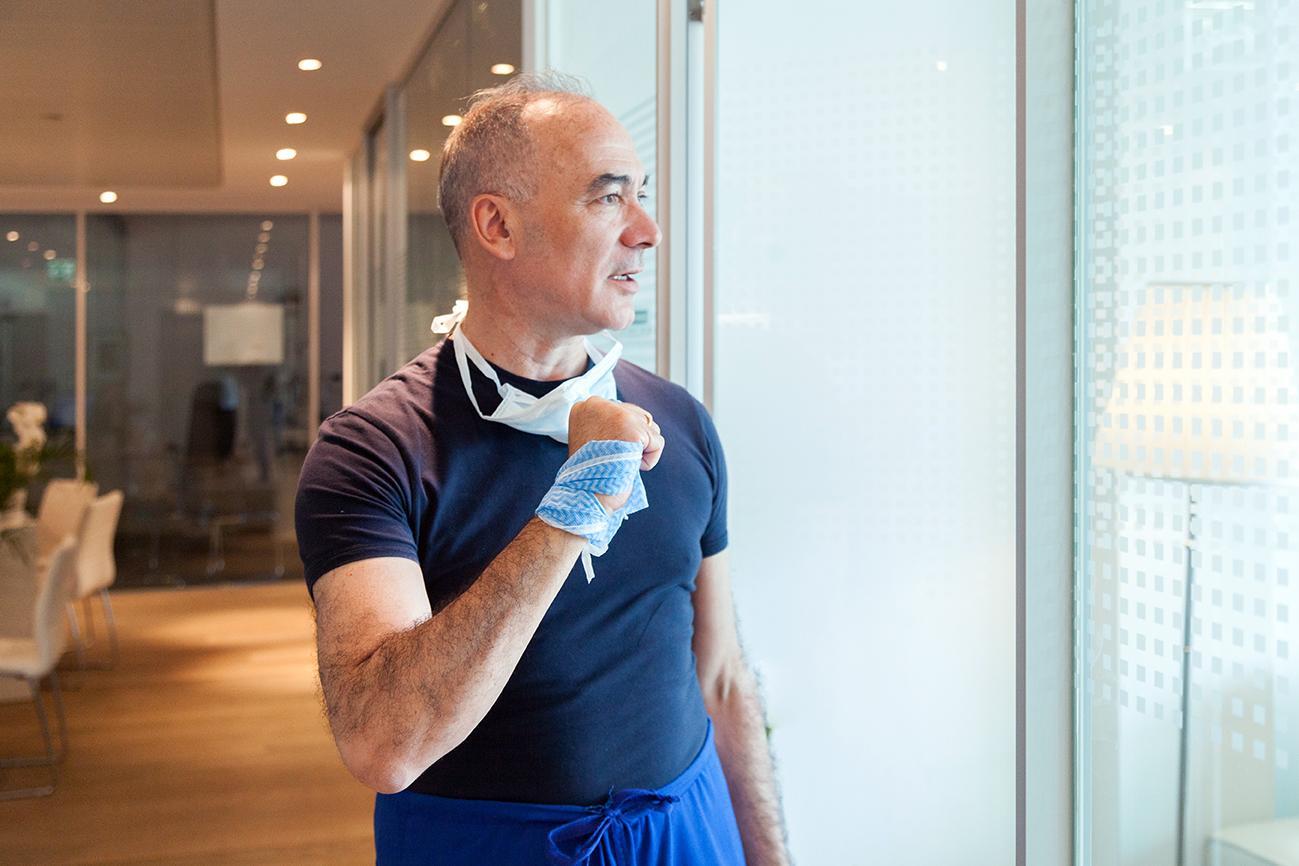 Keratoconus treatment today benefits greatly from the introduction of corneal cross-linking, which strengthens the corneal structure by making use of synergistic action of riboflavin (vitamin B2) and UV-A rays to create new collagen bonds. Dr. Pinelli is an advocate of an important variant of this technique, which is known as osmotic transepithelial corneal crosslinking. This does not require the elimination of the patient’s corneal epithelium (de-epithelialization), but rather it acts beneath the epithelium due to the power of a specific eye drop solution that enables riboflavin to penetrate into the corneal stroma.

This offers the patient a considerable advantage, both in terms of comfort and postoperative recovery. The treatment, being non-invasive and therefore completely painless – has the advantage that it can be repeated several times, thereby rendering the traditional treatment for the most severe cases, namely corneal transplantation, far less likely – and hopefully avoided altogether. Even the eye drops used in keratoconus treatment arise from Roberto Pinelli’s research, which resulted in the development of an internationally patented formula. This was bought by a major American multinational company and marketed worldwide under the name of ParaCel ®.