Refractive surgery is a specific discipline of ocular microsurgery aimed at modifying the surface of the cornea, influencing the refraction of light passing through it, and thereby correcting visual impairments and presbyopia. Reshaping the surface of the cornea can only be entrusted to the expert hands of a person with experience in this highly specific specialty of ophthalmic surgery.

On the basis of his extensive training and many years of surgical experience, Dr Pinelli has always believed in the importance of avoiding any kind of traumatic intervention to the eye.

This objective is achieved with the use of photons, which allow a “no touch” approach using three different light energies, and without the need for surgical scalpels or instruments. It can therefore be defined as a “non-surgical treatment”. Photons are infinitesimally small particles of light which are sent to the corneal surface to modify its curvature in a very natural and completely non-invasive way, respecting the structure of the eye and its physiological characteristics.

Femtolasik Lux®, Pinelli Presby Profile® and ASA Lux® developed by Dr Pinelli, share the use of the exciplex laser, a beam of light directed onto the cornea according to a specific algorithm, which he fine-tunes to take into account the patient’s many ocular parameters as determined during the patient suitability assessment. The Femtolasik Lux® and Pinelli Presby Profile® also make use of femtosecond light to lift the corneal epithelium without cutting into it. 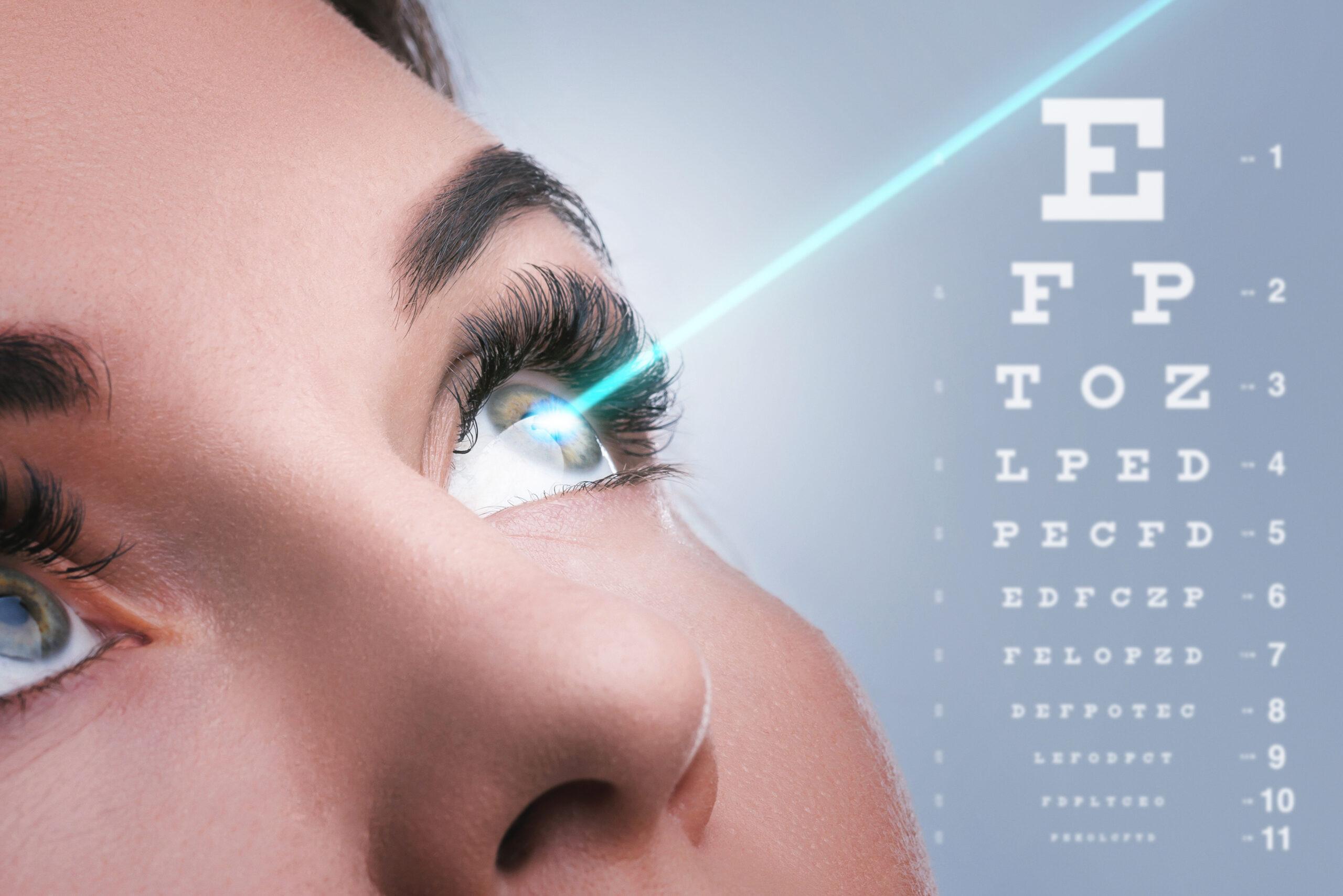 For this reason, these “no-touch” procedures can to all intents and purposes be considered “non-surgical”. Femtolasik Lux® resolves short-sightedness, far-sightedness and astigmatism, and is adapted to the Pinelli Presby Profile® in cases of presbyopia.

Osmotic Transepithelial Corneal Crosslinking with ParaCel® for keratoconus also falls within the remit of corneal treatments, since keratoconus demonstrates a conical shape in the cornea, which creates blurred vision due to the simultaneous presence of short-sightedness and astigmatism, which worsen over time in most patients. The treatment developed by Dr Pinelli does not remove the corneal epithelium, so it is completely pain-free and can be repeated if necessary.

The synergy between UV-A rays and ParaCel® eye drops, devised and developed by Dr Pinelli to channel ultraviolet light into the cornea without removing its surface, creates new bonds between the collagen fibres of the cornea, strengthens it, and prevents the often-feared corneal transplant, which was at one time considered the inevitable outcome of progressive keratoconus. ParaCel® Osmotic Transepithelial Corneal Crosslinking is therefore not a treatment to eliminate keratoconus, but rather a treatment to halt its progression, thus avoiding corneal transplantation. The use of photons in their various types and modulations, the bilateral nature of the treatment, the absence of pain, being able to go home from the clinic straight afterwards, and the very rapid visual recovery are the features common to all corneal treatments at SERI Lugano.